As quoted by Big SMO - "You can tell when something's real," says the man known simply as Big Smo. "You can tell when it's true. And I think what's made us successful and gotten us this far is that we're just real people, down-home country folk who really love to make music. People see that."

Big SMO whose music blends country, rock & hip hop will be the main feature on June 13th.  An artist who refers to his listeners as "Kinfolk" will be rocking Busco with Demun Jones as the intro.  Both artist are known for their ability to keep it real it and to relate to their fans through music that energizes the crowd and lyrics that bring to life living in and loving the South.

Big SMO says it perfectly here: “We were raised on Waylon and Willie, Johnny Cash and Jerry Reed,” he says, “and we were raised on the Beastie Boys and Dirty South, so it’s not a surprise that’s who we’ve become. And that’s the place a whole lot of fans are, loving not just country but hip-hop as well. They’re country people who love to party and have a good time, and love that hip-hop beat and that country story telling. It’s connecting to a lot of people.” 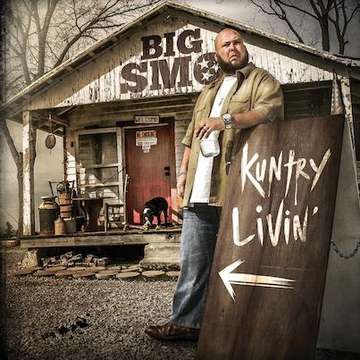