Rusty Rice Cowboy Poet - what more can you say about Rusty?

Gates open at 10 am.  There will be vendors and artists.  Food Venders.  Displays.

Music will begin at 4 pm.

Price is $20 per person.  Your ticket will access this all day event. Children under 12 FREE.

Dave Stamey is a special treat here in Central Texas.  Cowboys and Indians Magazine has called him “the Charley Russell of Western Music.”  Western Horseman Magazine  has declared his “Vaquero Song” to be one of the greatest Western songs of all time.  In 2010 , 2011 and 2013 True West Magazine  named  him Best Living Western Solo Musician.  Dave Stamey has been a cowboy, a mule packer, a dude wrangler, and is now one of the most popular Western entertainers working today.  He has been voted  Six times Entertainer of the Year,  Six times Male Performer of the Year and Five times, Songwriter of the Year  by the Western Music Association, and received the Will Rogers Award  from the Academy of Western Artists. He’s delighted audiences in twenty three states, and finds that he prefers this to being stomped by angry horses

The Fisher House is a "home away from home" for military personnel (both active and retired) and their families during a medical crisis. The house has a warm, compassionate environment where families and caring friends can nurture one another in times of need. It offers families a clean, safe, low–cost respite from the stress of worrying about loved ones. The house was a gift to the Fort Hood community from Zachary and Elizabeth Fisher of New York. 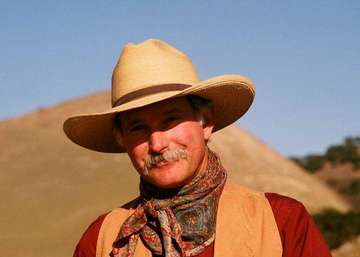