The twins are the main songwriters but they have recently started backing up their band members, Niko Daoussis (Cyber Camel) and Anna Tivel (Anna and the Underbelly) and adding their stunning songs to the mix.

After releasing their first album "You Can Have the Rest," the twin sisters moved to Portland in December of 2009, conceptualizing their 2011 release "Window" (featuring Bonnie Paine and Bridget Law of Elephant Revival). Both albums were recorded and produced in Santa Cruz, California, at InDigital Studios. Favorable reviews, extensive radio airplay and a busy tour schedule have created an ever growing fan base & kudos from many major musicians. Shook Twins and their full band, including Niko Daoussis (mandolin, electric guitar, vocals), Kyle Volkman (bass), Anna Tivel (violin, vocals), and Russ Kleiner (drum kit, percussion), recently finished recording their third album “What We Do” (releasing 4/8/14) with Grammy nominated producer Ryan Hadlock at Bear Creek Studios as well as partnering and recording an album, with fellow Portland musician Ben Darwish on his epic concept piece, "The Clear Blue Pearl."

National and regional press accolades have poured in since the April 8th, 2014 release of "What We Do," including USA Today touting, "The Portland, Ore., folk group is ready to rattle the music world with its 'What We Do' album." Acoustic Guitar Magazine says, "'What We Do' is a nearly flawless album that pushes the band into unexplored sonic territory…this is a band that packs a tremendous amount of artistry and talent into their compositions." Indie-music mecca Portland, OR's weekly newspaper Portland Mercury states, "'What We Do' is the sound of two preternaturally talented siblings making the music they want to make with a wide-eyed sense of wonder and the good sense to absorb whatever the world puts in their path."

Eclectic, amusing and whimsical, Shook Twins' laid-back and fun stage presence draws the listener in, allowing them to take the audience away on the adventure that is their live show. 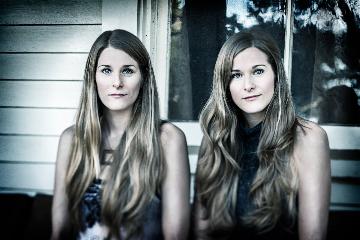