> Events in Ohio > Laughter is good for the Heart Comedy Series

Laughter is good for the Heart Comedy Series

Live at The SANDPIT CAFE' And Lounge

This is a TEACHER's appreciation comedy event. All current and retired teachers receive $5.00 off per ticket. To get the discount you must purchase your tickets in person or bring proof the night of the event to get a cash refund of $5.00

A Mechanic?!  Yes it's true. Sure she is a little blonde. Sure she's a girly-girl, but she throws back the beers and tells it like it is.

She's a tough cookie.!' Raised in WINTERSVILLE, OHIO and now hailing from NEW YORK CITY, Tracie has been touring throughout the country and on USO tours overseas.

She has appeared on SPIKE TV, the DISCOVERY Channel and in Martin Scorsese's film "The Wolf of Wall Street"

Tracie's material comes from her endeavors as a comedian, former US NAVY mechanic and life experiences good and bad.

She travels the world collecting stories and experiences, which she then translates into humorous, relateable tales in front of audiences worldwide.

April was a finalist on NBC's "Last Comic Standing" in 2006, has appeared on E! Entertainment, Sirius and XM Radio, "Access Hollywood", "Talk Soup", and HLN.

She is a regular guest on the Howard Stern show, where in 2008 she was voted the "funniest and Hottest" comedian in America.

April is also regular guest on the Bob and Tom radio show and has toured with the Bob and Tom all stars. She has appeared on Showtime in the documentary, "I am Comic", "Vegas is My Oyster", SNOOP DOGG's BAD GIRLS of Comedy, and most recently was the host of AVN Awards which will air on Showtime. Currently she spends most of her time traveling the US as a Headlining Stand up Comedian.

T-ROBE is the official host for the Wednesday and Saturday night comedy series at The SandPIT.

T-Robe has performed at comedy clubs throughout the US and has opened up for some of the biggest names in the business.

He has released a DVD called "STRAINED UP" and is known for leaving the crowd in tears long after his performance. 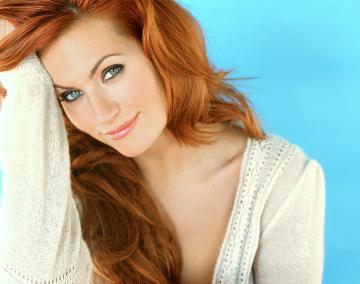