This seminar is a unprecedented opportunity in the Northern Virginia region.

Muay Thai Seminar with Cyrus Washington hosted by Revolution Fight Series. Techniques and Strategies of Muay Thai and Ducth Kickboxing will be presented along with a Q&A/Photo opportunity.

All registrants are requested to bring Gloves, Head Gear, Shin Guards for their use.

Food and Drink will be available during the seminar.

Cyrus "Black Dynamite" Washington is a accomplished Professional Muay Thai practitioner who has traveled the world competing in some of the most prestigious events. Cyrus' list of accomplishments include : 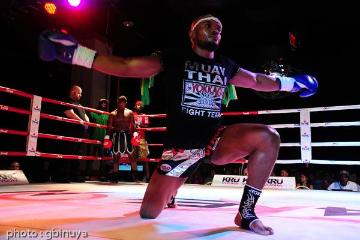