About Joey Molland.. Molland lives in Excelsior, MN and grew up in Liverpool, England. Molland with Badfinger had four consecutive worldwide hits from 1970 to 1972: "Come and Get It" (written and produced by Paul McCartney), "No Matter What", "Day After Day", and "Baby Blue". Molland and Badfinger's "Baby Blue" was popularized again last year when the song was played in the final episode of the hit series "Breaking Bad".Their song "Without You" has been covered many times, including a Billboard number one hit for Harry Nilsson.

About Kevin Chalfant. Chalfant was the first lead singer to stand in for Steve Perry and perform live with Journey. Chalfant was also lead singer of popular groups 707, Alan Parsons Project and The Storm. Chalfant will perform all the hit Journey hit songs such as "Don't Stop Believin" "Any Way you Want it" "Lights" "Faithfully" "Lovin Touchin Squeezin" "Send her my Love" and more...

Special Guest Alex Ligertwood.  Alex is known as the "voice of Santana"  Ligertwood was lead singer for this iconic group from 1979 to 1994 and voiced Santana hits "Winning" "Hold On" "All I Ever Needed" plus his live versions of "Black Magic Woman" "Evil Ways" "Oye Como Va" and more are recognizable and internationally acclaimed.  Alex has been a big contributor to charity concerts everywhere but especially in MN.  Alex lost his MN music best friend Fergie Frederiksen to cancer in January of 2014 and Alex will make his first return to BayView event since Fergie's passing.

The Proceeds of this event go to www.KellyPhillipsFoundation.com

Within the first few weeks following Kelly’s death, Jane and I began talking about ways to honor her life. Kelly loved hockey, the game, the camaraderie, the competition. She often talked about the need to help inner city kids learn to play the game so important to her and our family.

I shared these thoughts with her HS hockey coach Eric Johnson. EJ mentioned MYHA parent J Lindsay had been involved with a group called Dinomights.  J had been a coach and volunteer for several years after Dinomights was founded in 1995 by a youth pastor named John Foley.

EJ and I met with the Dinomights' director Scott Harmon and we knew Dinomights was the perfect fit.  Its mission was exactly what Kelly would love -- Academic, Social, Spiritual and Athletic development for kids in the Powderhorn, Phillips, and Central neighborhoods of south Minneapolis.  Hockey was the draw, but it offered much more.  John Foley chose hockey because it broke stereotypes.  If poor inner city kids could play hockey, then they might also break the status quo and graduate from High School.  And he was right -- 85% of Dinomights graduate from high school vs. the Minneapolis average of 55%.  Most importantly, Dinomights could help these kids develop their faith and feel a belonging as a part of a family. 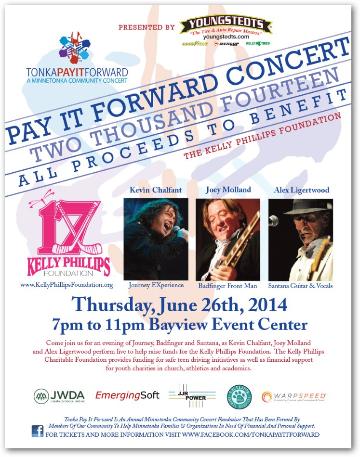