HOUSE OF SHEM IN SAN DIEGO

House of Shem is a roots reggae band from New Zealand. They have had songs featured on the Conscious Roots compilations. In May 2008, their debut album, "Keep Rising" was released throughout New Zealand. It was released again in April 2009 throughout Australia and Hawaii.[1] In April 2010, House of Shem started recording their second album Island Vibration with engineer and producer Errol Brown who has worked with many well known reggae bands and artists such as Alton Ellis, Bob Marley & The Wailers, Gregory Isaacs,Peter Tosh and Ziggy Marley and The Melody Makers. The album was released in New Zealand on 14 February 2011.

With deep roots in 808 soil and a strong upbringing in music, Siaosi (given name George Kakala Taulani) has the makings of a bona fide Urban Island music artist. One of many artists to come from Hawaii, Siaosi differentiates himself with his adamant strive to produce feel-good music that pays tribute to the old school music he grew up with while implementing the trendy, hip sounds of music today. A natural performer and an all-in-all lover of music, Siaosi is living it up as he makes music his lifelong career and rightfully so because he’s just that good at it.

Even though fame and the spotlight was never the fuel behind pursuing a career in music, it has come to Kiwini (pronounced Kee-vee-nee) Vaitai simply because his fans can’t get enough of him. Born in Dallas, TX and a local of Waianae, HI, Kiwini (who is half Tongan and half Hawaiian) has really taken the best of both his Tongan and Hawaiian cultures to create music that is enjoyed and loved by many. His style of music is an obvious product of his musical upbringing but his work ethic and passion for music is the very reason he has come to work with some of the biggest Urban Island artists today. Collaborating with the best is a sure way to number himself among the best and Kiwini is right on track and making that a living reality every day.

Jay.Keyz born Jorell Nacapuy is multi-talented – a producer, businessman, songwriter, and much sought after musician hailing from the North Shore of Oahu. 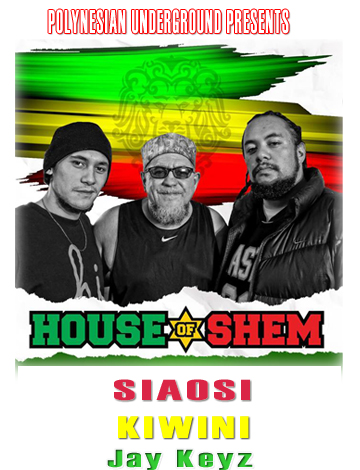