"Lovingly ripped off" from the 1975 film Monty Python and the Holy Grail, Spamalot is a hilarious look at musicals, history, coconuts, and Finland (no, wait...England!) An irreverent musical comedy that follows the adventure of King Arthur and his Knights of the Round Table in their search for the holy grail.

With book and music by Monty Python's Eric Idle, Spamalot won three Tony awards when it premiered on Broadway in 2005, including best musical.

Shows run on Fridays and Saturdays at 8pm from March 21st - April 19th. Tickets are $12 and $10 for Students/Seniors. Reservations online or by phone at 587-0737, ext.1. This is more live, alternative theater brought to you by your Comedy team at Verge Theater! (formerly Equinox Theatre). We're located at 2304 N. 7th Ave. in the strip mall across from Murdoch's. 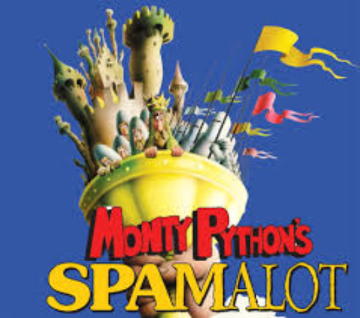