> Events in Virginia > The Foreigner

The scene is a fishing lodge in rural Georgia often visited by "Froggy" LeSeuer, a British demolition expert who occasionally runs training sessions at a nearby army base. This time "Froggy" has brought along a friend, a pathologically shy man named Charlie who is overcome with fear at the thought of making conversation with strangers. So "Froggy," before departing, tells all assembled that Charlie is from an exotic foreign country and speaks no English. Once alone the fun really begins, as Charlie overhears many damaging revelations made with the thought that he doesn't understand a word being said. That he does fuels the nonstop hilarity of the play and sets up the wildly funny climax in which things go uproariously awry for the "bad guys," and the "good guys" emerge triumphant.

"I laughed start to finish at one comic surprise after another." —The New Yorker.

"…a constant invitation to relax and laugh at the foolishness of life…" —Village Voice.

"Shue's comedy is positively antic, yet pleasantly seasoned with a few dashes of sentimentality…He has raided comedy's storehouse…" —Bergen Record. 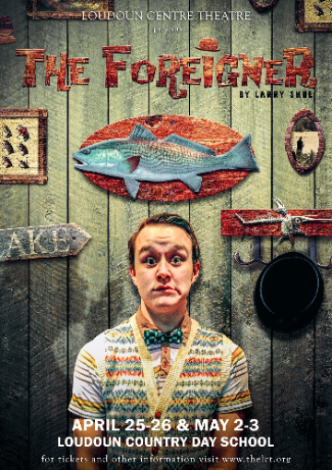