LOVE THAT RODRIGUEZ SOUND....... Almost 40 years after he first arrived in Nashville, Johnny Rodriguez is right back where he started coming full circle back to making the kind of honest country music that he and his fans always enjoyed. Born December 10, 1951, Johnny Rodriguez was the second youngest of 10 children living in a four room house in Sabinal, Texas, a small town about 90 miles from the Mexico Border. Growing up in Sabinal, Johnny was an A/B student, captain of his Junior High School Football team, a high school letterman and an altar boy at church. But it wasn't all innocent. In 1969, caught with friends stealing and barbecuing a goat, Rodriguez took the rap. It was this jail visit that gave Johnny his first break. His jail house singing enthralled Texas Ranger, Joaquin Jackson, who told a promoter about Rodriguez. The promoter, Happy Shahan,  hired Johnny to perform at the Alamo Village, a popular south Texas tourist attraction and location of many well know movie sets. It was here that Johnny was heard by Nashville artists Tom T. Hall and Bobby Bare who both encouraged Johnny to fly to Nashville in 1971. 20-year old Rodriguez found himself stepping off the plane with nothing more than his guitar in hand and $14 in his pocket. Soon he was fronting Tom T. Hall's Band and writing songs. Less than year later, Hall took Johnny over to the office of Roy Dea and Jerry Kennedy, then record producers of Mercury's Nashville operation, for an in person audition. Dea offered a contract on the spot after hearing "I Can't Stop Loving You" and "If I'd Left It Up To You". There were 15 number one singles that followed. The first of the singles to reach number one was "Pass Me By". The song raced through the country charts and put Johnny in the fast lane of the country music world. His next single, "You Always Come Back To Hurting Me"  didn't stop until it hit the top the first of 11 consecutive #1 records, some of which he wrote or co-wrote. His debut album, Introducing Johnny Rodriguez, went to #1 on all three major trade charts and by 1973 he was nominated by the Country Music Association for "Male Vocalist of the Year" and won the Billboard Trend Setter Award for first Mexican-American to capture a national audience.  Some of Johnny's classic hits during this period included "Pass Me By", "You Always Come Back (To Hurting Me)", "Riding My Thumb To Mexico", "That's The Way Love Goes" and "Just Get Up And Close The Door". In addition to the hits came the industry Accolade Awards, and television film roles including a role on the TV show "Adam 12" and a guest appearance on "The Dating Game".  Since 1974, when Rodriguez made his debut as a TV actor, he has been a favorite on national talk shows and performance format shows. His emphasis, however, was still music; country music. In 1979, Johnny moved from Mercury to Epic Records, where he worked with producer Billy Sherrill. His debut album with Epic, "Rodriguez", contained with one exception, songs written by Johnny. His successes included: "What'll I Tell Virginia", "Love Look At Us Now", "North Of The Border", "Foolin", "How Could I Love Her So Much", and "Rose Of My Heart". The union of producer Tom Collins and Capitol Records in 1987 resulted in Rodriguez' album titled "Gracias", which contained such hits as "I Didn't (Every Chance I Had)", "I Want To Wake Up With You" and  "You Might Want To Use Me Again". In 1993, Johnny recorded "Run For The Border" on Intersound and in 1996 he reunited with the Dea/Kennedy team to truly capture the fire and magic of their past collaborations with the creation of "You Can Say That Again". In the past 40 years, Johnny has released 35 albums and charted 45 singles. He has beat the pavement touring in every state in the U.S. and enjoys an enormous response when touring overseas in countries such as Switzerland, England, S. Korea, France, Spain, East & West Germany, Japan, Belgium, Guam, Poland, Canada and Mexico. This favored son of Texas has received standing ovations by audiences ranging from Ryman Auditorium to Carnegie Hall. He has been honored with the presence of Presidents of the United States including Jimmy Carter and Bill Clinton and playing the Inaugural Ball for George Bush. Rodriguez has been highlighted for his contributions and place in music's traditions and history. This artist brings the Hispanic communities and country music together with his bilingual songs. Through the years, Rodriguez has risen from the rural lifestyle of Sabinal to the top of the country music world. He has crammed more living into those "wonder years" than most people see in a lifetime. With the love and support of his fans as well as some legendary names in entertainment world, he has sustained. The hardships that Johnny Rodriguez has experienced throughout his long and lucrative career are reflected in the no nonsense strength of his vocal style, which we are sure to enjoy for many years ahead. Johnny was inducted into the Texas Country Music Hall of Fame in Carthage, TX in 2007, an honor well deserved for his contribution to country music.  In 2010, Johnny received the Pioneer Award from the Institute of Hispanic Culture. 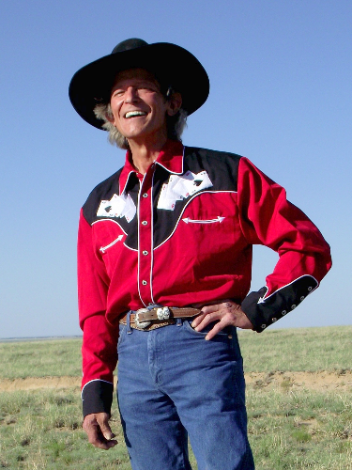